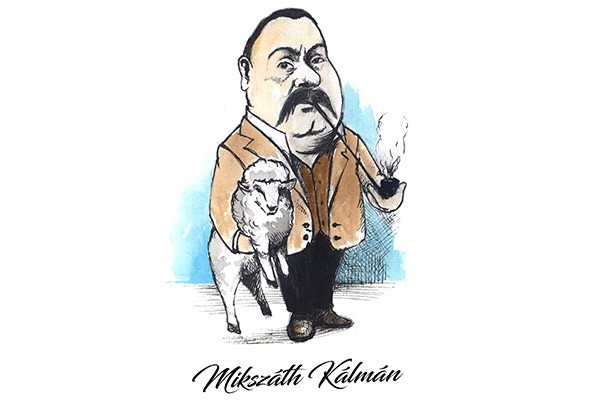 Kálmán Mikszáth, „The Great Palóc” liked his stomach quite a bit, and as the years passed, it showed more and more in his writing as well as in his physical appearance. His local venue was the Hotel István Archduke, where János Gundel, the manager, created a separate „Mikszáth room” for his famous guest. Here, the writer, with his „slow, eastern temperament,” plenty of time with his friends (including Kálmán Tisza and Mór Jókai) who shared their worldly ideals and fresh anecdotes, while the manager served him Hungary’s most delicious snacks. According to Mikszáth’s wife, Ilonka, pork giblets, huchens, trouts, rare wild game meat, moufflons, deer, capons, partridges and great bustard birds were often put on the table. János Gundel also created the famous Palóc soup in honor of the Great Palóc: from the faeces of the faeces (castrated sheep, mainly used for fattening, the meat is better than the meat of the ram and the ewe) that combines well with green beans, dill, sour cream and other classic components. This art work of soup was designed to open the Mikszáth room, and so were other dishes (also rhyming with Mikszáth’s writings): Grassy fish from Lohina, Tothi brothers’ Halibut fish, Mikszáth style Brezo geese, Pigeon in the cage, The One that Sweetens the Soul. Everyone can find the exact recipe of Palócleves in his son’s, János’s legendary cookbook.